Recently, I’ve been noticing more and more worrying advertising on TV. I wonder if you’ve been seeing this as well? Often it’s easy to ignore many undesirable things as “just advertising”, but really should we do that? Advertising can be so damaging. If advertising is promoting the wrong direction for our lives, then we should maybe stand up against it. I’d like to.

The worrying advertising that I’ve seen most recently is for Kinder Chocolate. Here’s the commercial itself;

Notice how this is direct marketing to children. It’s fashioned in a cartoon style that will attract the eyes of children more so than adults. Some of the words used are;

The line that struck me the most was “Tasty treat = happy tum”. Wow. I can’t see any correlation between having a happy stomach and eating chocolate based, sugary confectionary. From all the things I’ve learnt about nutrition over the past few years, it’s clear that the stomach will be far from happy in this situation. I can imagine the children being happy because they have got what they wanted and have enjoyed the taste of the sugary sweets that they have gotten used to (addicted to?), but there’s no way companies should be allowed to state that such chocolate confectionary is good for our bodies.

Then they also claim that their products are approved by mothers. How can they speak for mothers?

The advertising is targeting children and telling them that Kinder chocolates are good for their body (tum) and that their mother thinks they are good too. Maybe I’m over-reacting, but I can’t see how advertising like this should be allowed.

If we loved ourselves and all of our fellow people, we wouldn’t advertise like this and that feels like the bottom line for me. Why am I so worried about sugar?

I’ve been reading about the dangers of a diet high in sugar for a few years now. and I’ve experienced the amazing change in my own body when I decreased my sugar intake (for example, see How did I lose 75 pounds?). Recently, I noticed this interesting article in The Guardian newspaper of the UK,

Robert Lustig: the man who believes sugar is poison

This puts a lot of things in perspective. Some of the key quotes from the article are;

Dr. Robert Lustig is not the only one fighting this war on sugar. Another example is Dr. Mark Hyman – see this article, Sweet poison: How sugar, not cocaine, is one of the most addictive and dangerous substances. You might also be interested in another article about Dr. Lustig from The Telegraph – The Bitter Truth About Sugar. 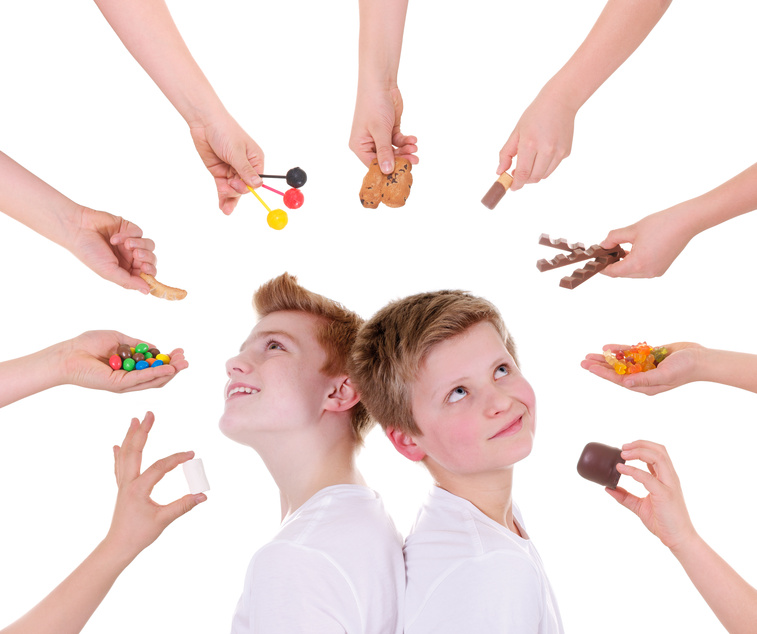 So back to my concerns about the Kinder chocolate advertising. Looking at it in a sinister way, it’s an example (and they are everywhere) of large companies trying to get young children hooked on sugar so they will be life-long customers (even though their lives will be shorter because of the addiction that’s being built up). Seems cruel and callous to me with disregard for the welfare of our fellow people.

How can a mother win when her child sees advertising on TV that says something is good for them and that mothers approve? It’s just not fair.

It’s clear to me that worrying advertising like this and the current sugar pandemic are not components of the right direction in life. It’s something else and it’s not good.

I wonder if Dr. Lustig is right when he says “we need laws”. Is that the only way?

What are your views on advertising and sugar? Is this a real problem of just over-reaction?